There are a large number of independent electrical wholesalers in this country which were started by entrepreneurs who had previously managed one or more of the ‘nationals’. Very few people will have enjoyed the success of Jon Bishop, who has recently started Connect Electrical Wholesale in his home town of Newbury. Jon was an outstanding branch manager – the first in the company to top £½ million sales in one month.

He then went on to open a new region and ultimately manage a large country, a post he held for several years. Not only is he an expert in all aspects of electrical wholesaling, he has also installed and helped to develop national computing systems for both Spanish and French multi-location operations. It follows that when he started his own business, the qualities of the computer system, the company supplying and supporting it were of paramount importance to him.

“I saw 9 different systems”, he says, “and picked Sharp-Ax from Sharp-aX Computer Systems, because it used all modern windows techniques and was by far the best I saw; they are very experienced in electrical wholesalers systems and while they are a large software house which is reassuring, you are still treated as important, whatever size you are.”

It is interesting to examine Jon Bishop’s sales philosophy, “The quality of service is so important”, he says, “As the cost of labour is normally far higher than materials, you mustn’t keep your customers waiting either on the counter or on site. React quickly and positively to any problems and train your staff intensively to ensure they are far more than order takers. Connect look to their Sharp-Ax system to help them with this. They use product images on screen and quotations, put the boss’s knowledge into the system for alternative products and performance indicators that monitor, advise and alert. Read more 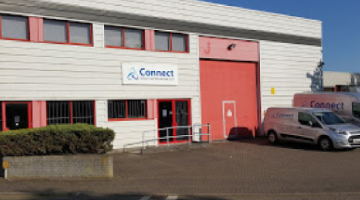