When Simon Carter and Dave Mason went into business together as recently as 2008 they combined the necessary experience and skills to create the ideal Electrical Wholesaler. They have had the added benefit of the wealth of knowledge of Simon’s father Eddie Carter who has over 50 years experience in the Electrical Wholesale Trade.

They are members of the AIEW buying group and buy from General Electric Wholesaling, Scolmore switches and sockets, LED Lighting, Kosnic and Aurora Lighting, fire alarm and heating systems and also work with an Irish company called ATC.

Their original computer system was good initially, but they outgrew it, and in the autumn of 2014 they ordered a 7 user Sharp aX system from Sharp-aX Computer Systems in Berkhamsted, Hertfordshire.

Carter Mason are now supplying carbon trust projects and their latest LED products are now being installed at several franchise branches of Costa Coffee, Starbucks and Subways, working in conjunction with a well known local shop fitting company. Their original computer system was good initially, but they outgrew it. In the autumn of 2014 they ordered a 7 user Sharp-aX system from Sharp-aX Computer Systems in Berkhamsted, Hertfordshire. Simon says, “We wanted to set the company up for the next 15 years with a totally modern Microsoft windows system that has everything we need and all the features that we will need as we grow, and is easy to use. Already it is like having another member of staff and we have all the daily knowledge we need at our fingertips. The sales order processing is splendid”.

As well as a constant search for new products, Carter Mason are aware of national changing patterns; they plan in the near future to work with Sharp-aX to incorporate a web trading facility for their account customers to order directly into their computer system with tablets or mobiles. And new customers to find them on an integrated website. No visitor to Carter Mason can fail to be impressed by the warmth energy and determination to look after their customers as shown by this family concern. Read more 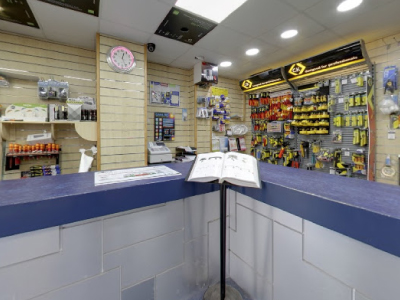